IT and software engineering jobs in the US, Canada and the UK

Our goal is to be fast and simple in the spirit of Google. Please, check us out!

(That's not all, though! Keep reading to learn of the serious problems this website addresses) 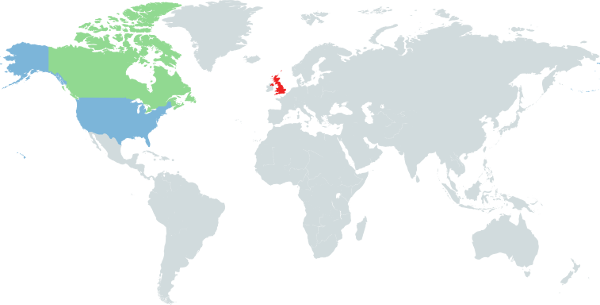 Hey, job seeker! Don't go away just yet! If you're reading this, it's probably because you came from Google or another search engine... We are a job search site for computer professionals in the US, Canada and the UK. Our goal is to be fast and simple in the spirit of Google.

Every competing website that we are aware of makes you go through the whole rigmarole to apply for a job. Have you seen job sites that send you away to various third-party websites and so on? Have you encountered job postings that want you to create an account or answer a million questions just to submit your resume? Your email address, first and last names, home address, phone number, education, social network profiles, availability, work authorization, how you heard about the company, etc, etc, etc and even previous employment history! And you would have to do this on various websites for every job ad you're interested in...

We're fixing these problems! It's extremely easy to submit your resume to multiple jobs on our website! Please, check us out and help spread the word about us! Send a link to this page to your friends and co-workers or, if you blog, write about us. We are the next big thing! We make job hunting extremely easy!

Our domain name is easy to remember. Those who know C++, C# or Java will easily recognize the static keyword in our company name.

Employers, these problems are real and serious! Job seekers have a hard time applying for your jobs! We don't mean to sound rude but do you really think anyone wants to register on your websites or fill out the same huge application forms and... not to hear from you? Keep in mind that job seekers have to do this for many employers to find a job.

That's the idea behind a resume! You write it once and then you use it everywhere but now many of you ask job seekers to duplicate information readily available in their resumes on various websites on the Internet. Isn't this boring, tedious and inefficient for job seekers? Moreover, there are no guarantees you will follow up with an interview.

Please, understand that nobody's going to apply if you make it difficult to apply. Likewise, you're going to lose money if job seekers can't easily apply for your jobs. There are plenty of job seekers who want to apply but just can't physically register on various websites on the Internet or answer a million questions for every job ad they're interested in.

It's convenient for you to collect job applications in your Applicant Tracking System and then interview the most promising job candidates but it's not convenient for job seekers because many of you ask them to apply on various third-party websites and it's a lot of human labor with no guaranteed results. Job seekers just can't apply for a single job of yours and hope for you to respond because resumes often disappear into a black hole even if a job applicant is a perfect match for the role.

To attract job seekers, many of you emphasize your brand or come up with creative job titles, i.e. JavaScript Ninja, but it's not what job seekers care about. To find a job, job seekers have to quickly and effortlessly submit their resumes to as many companies as possible. Hopefully someone will get interested in them and contact them. Because it's boring, tedious and inefficient, job seekers want to minimize the amount of time and effort on each job posting and, once they know there is an interest on your part, they are ready to spend more time on an interview. That's all job seekers want! That's all they care about!

We attract job seekers with a very easy to use website which, in turn, means more resumes for you. Please, read about us or check out our FAQ for the full story. We're old school software engineers and former job seekers! We know what we're saying! Job seekers, you need to read it too, by the way! You'll learn, for example, whether or not you should take programming assignments or tests among other things.

Please, read our commitment to job seekers at the bottom of any job posting to learn how things work. If you're an IT recruiter, search for NYC or London, for example, or easily browse jobs by city, state, province or country (UK).

There is no need to read below this paragraph as it's just a bunch of buzzwords to drive traffic. This is really our honeypot page.